About Whistle Stop Hobby and Toy

The origin of Whistle Stop: Whistle Stop began life in 1969 as a small antique shop (Whistle Stop Antiques) specializing in old toys and trains set up in a garage size building on Jefferson and 14 Mile in Harrison Township, Michigan. Richard Claggett, the owner, would open the shop 3 or 4 nights a week to sell vintage Lionel and American Flyer trains along with other antiques. The train collecting hobby was in the midst of a growth spurt and soon Richard was doing a brisk business.

The original St. Clair Shores store: The following year- 1970, an opportunity arose to trade the equity in a rental flat Richard and his wife Carol owned for a down payment on a 2,000 square foot building on Harper Avenue in St. Clair Shores, Michigan. So a move was made and Whistle Stop became a full time antique and train store. After a very short while it became evident that the trains were selling but the antiques weren't so the store underwent a transformation and became Whistle Stop Hobbies and Trains. Carol would take care of the store during the day while juggling the 2 kids, Rick and Wendy, between the store and Grandma Claggett. Richard was still working at Fisher Body as a designer and would take over the task in the evening. After a few years, a couple of employees were hired to make make things easier.

Present location: Thru the years the inventory expanded until in 1984 a new 5,000 square foot store was built on Harper Avenue 4 blocks from the original store. By this time Rick was 17, Wendy 16 and Julie (born in 1972) was 12 and all were able to help out at the store. Within a couple of years the rest of the block became available. The Claggetts’ bought it and built a 4 unit strip mall. The store gradually evolved into a combination Hobby Toy Store with an emphasis on hobbies and toys for the whole family.

In 1996 the property behind Whistle Stop became available and was purchased by the Claggetts’ which allowed them to expand the store from 5,000 square foot to 10,000 square foot and add a 2,000 square foot basement with more parking. The addition was completed in early 1998. 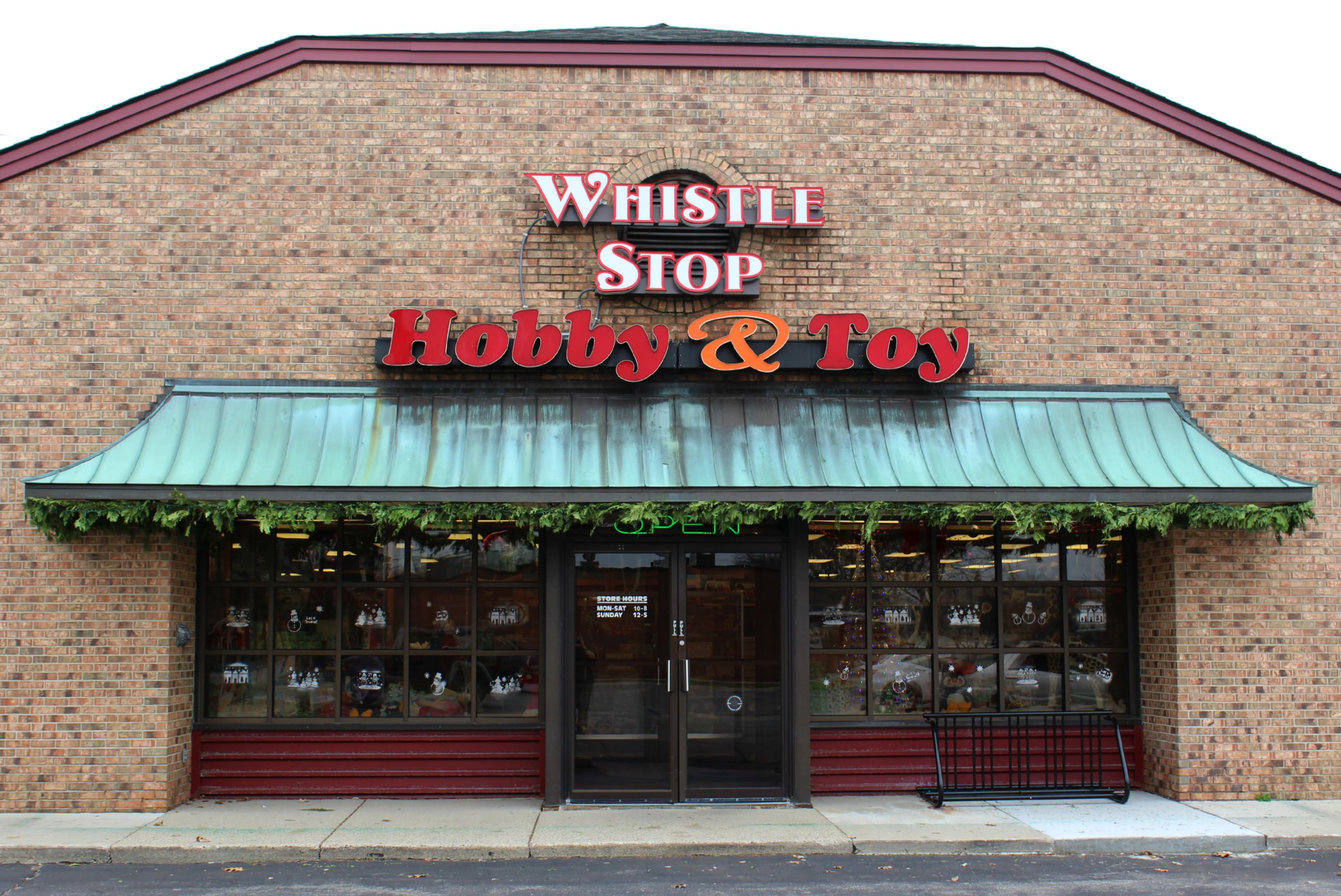